The Jouvenal Players (A Play) 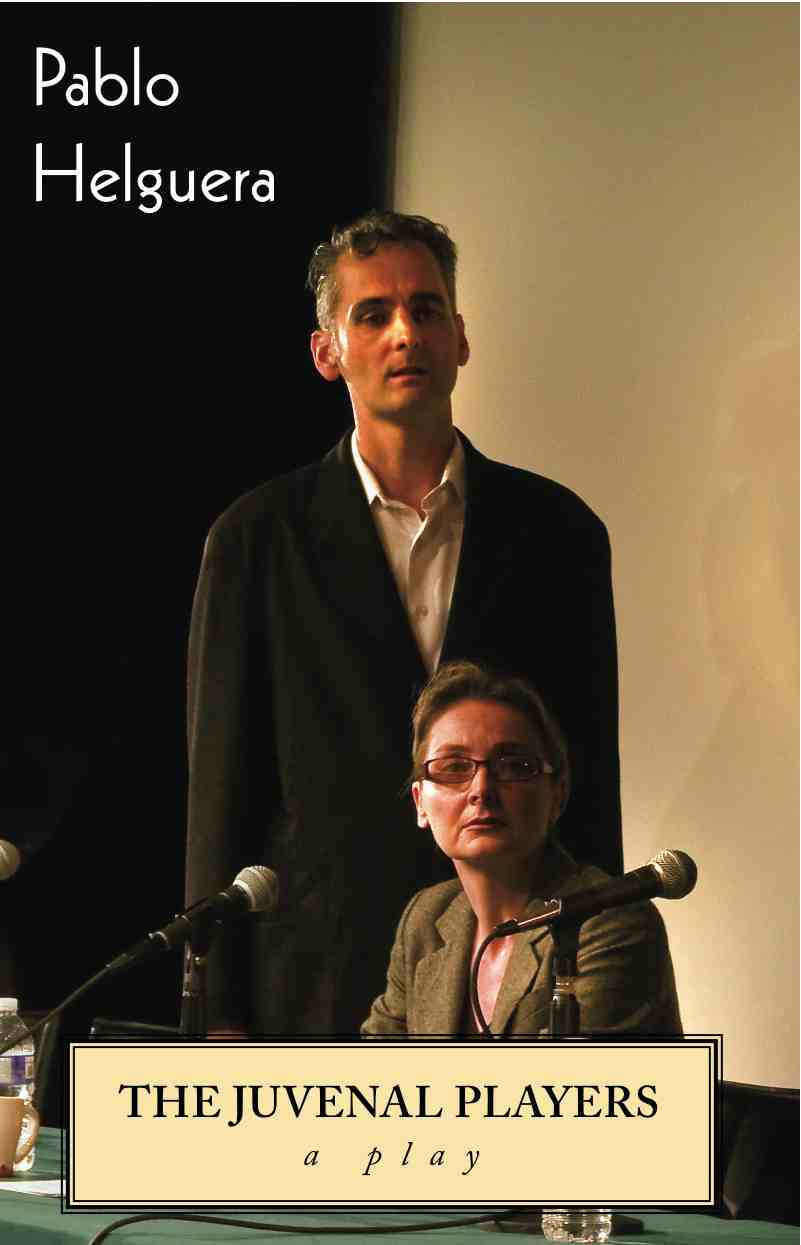 Buy it at: Amazon

On June 12, 2009, the contemporary art center Grand Arts in Kansas City inaugurated a retrospective of the artist Juvenal Merst. A day after the opening, a public panel discussion was held with the closest acquaintances and scholars of the artist’s work. The visitors to this event became unsuspecting witnesses of a unique experiment that blurred the line between real life and theater, using the tools of drama and the conventions of academic presentations to provide a reflection about the art world’s current state of mind in its various contradictions, its desires, and its conflicts. This edition includes the original text of the play along with an exhibition essay and audience commentary.

“Translating stilted art discourse into theater opens a rich vein of satire that Helguera deftly exploits.[…] Helguera's latest effort pulls back the curtain with a theatrical flourish to reveal our collusion – through vocabulary, sartorial choice, gesticulation or egotistical promotion of our hard-earned roles – with the chain of command.”

“ A truly brilliant satire in the maximally ambitious form of a Gesamtkunstwerk incorporating every person and object in the space.”

“Pablo Helguera is […] a splendid liar, a first-class storyteller, a curious mind constantly in search of stories, a creator of parallel universes and impossible characters living in credible situations, which invariably probe our certainties, intuition, and knowledge […] On this peculiar and distorted stage, time, space, myth, emotion, interpretation, and a voracious search for meaning create an intimate (slanted, idiosyncratic, devoted, and corrosive) portrait of that revered and wonderful freak show that we know as the art world.”

Naief Yehya, from the foreword

Pablo Helguera is a visual artist living in New York whose works and performances have been presented in museums and art spaces internationally. He is the author of the books The Pablo Helguera Manual of Contemporary Art Style, The Boy Inside the Letter, The Witches of Tepoztlán (and Other Unpublished Operas), Artoons, and Theatrum Anatomicum (and Other Performance Lectures).

Praise for The Pablo Helguera Manual of Contemporary Art Style:

“Pablo Helguera has written the book we have all been waiting for.”

“You will sob, even howl, with laughter.”

“The balancing act between flippancy and gravity is neither easy to achieve nor to sustain, yet Helguera manages it with ease.”