What in the World.
A museum's subjective biography 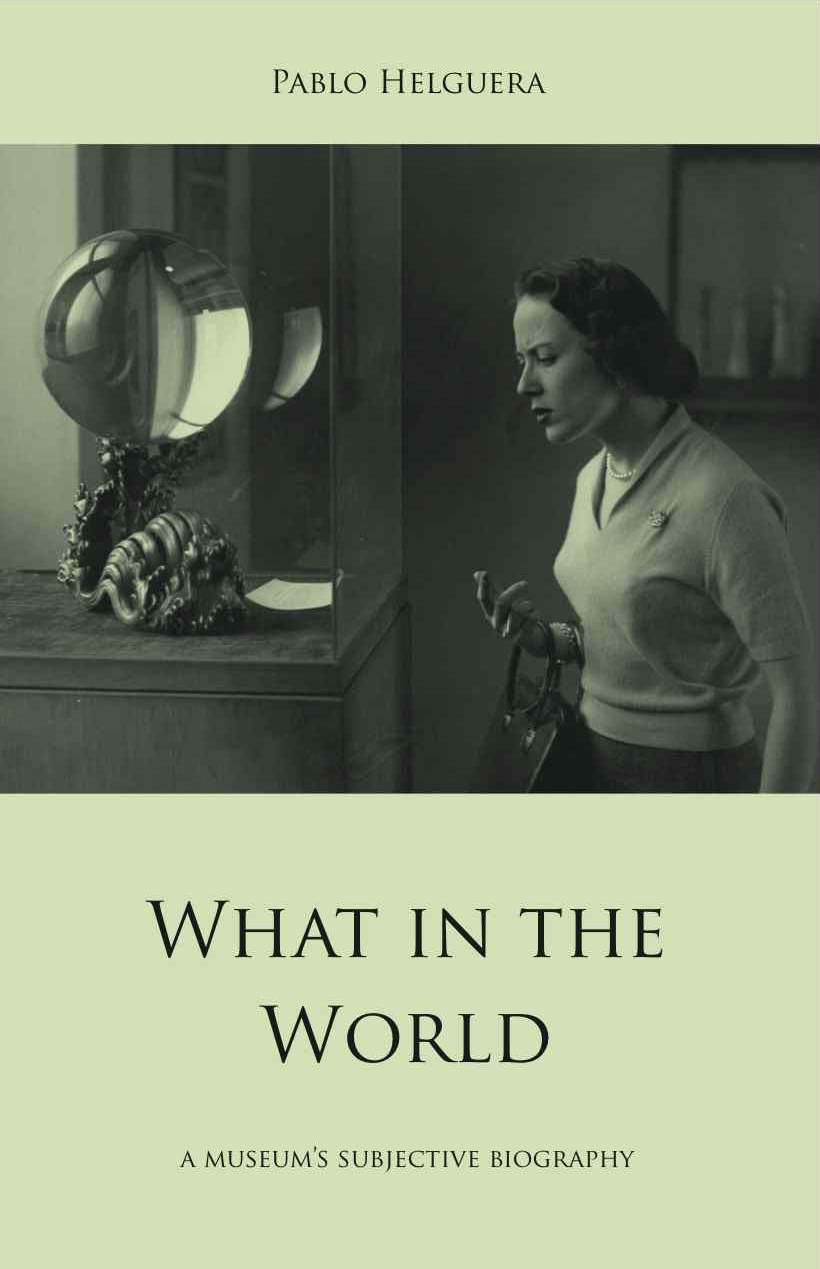 Buy it at: Amazon

"Indiana Jones and Night at the Museum hardly hold a candle to the true stories in Pablo Helguera's museum 'biography.' Helguera is a natural storyteller. He shares the same propensity for insight, wit, and curiosity as the curators he writes about-the anthropologists, archeologists, and native folks who found themselves anchored to a museum, over long careers becoming specimens themselves, no longer completely in sync with the worlds they came from or the foreign worlds they came to know. Mining the history of a museum, Helguera asks questions of these long-gone curators. The answers, embedded in the archives, are as engaging and enjoyable as any exhibition on view." -Fred Wilson, artist

An eccentric American professor imports an entire Buddhist temple from Asia. The first Pacific Northwest Indian anthropologist dies mysteriously on a river shore in Alaska. A former Massachusetts farm boy leads the first American archaeological expedition to the Middle East, where he finds thousands of ancient artifacts but loses his mind because of it. A German businessman uncovers ancient clay dinosaur figurines in a small village in Mexico and ignites a decades-long controversy that is still pits scientists against Creationists, today.

What in the World tells these stories and more. It is an "unauthorized biography" of the Museum of Archaeology and Anthropology of the University of Pennsylvania, Philadelphia, an illustrious institution that has played a key role in the history of American archaeology. Taking an investigative approach to the life of the University Museum, Pablo Helguera has unearthed little-known or forgotten episodes from its past, spinning intricate threads that reflect on the role of individuals in forming the culture of museums and their collections.

Pablo Helguera is a visual artist living in New York whose works and performances have been presented in museums and art spaces internationally. He is the author of the books The Pablo Helguera Manual of Contemporary Art Style, The Boy Inside the Letter, The Witches of Tepoztlán (and Other Unpublished Operas), Artoons, and Theatrum Anatomicum (and Other Performance Lectures).

Praise for The Pablo Helguera Manual of Contemporary Art Style:

“Pablo Helguera has written the book we have all been waiting for.”

“You will sob, even howl, with laughter.”

“The balancing act between flippancy and gravity is neither easy to achieve nor to sustain, yet Helguera manages it with ease.”